Could it be possible, in this age of dazzling 3-D movies, image-capture trick photography and computer-generated special effects, that the best film of the year is a silent movie?

Maybe so. "The Artist" is a surprising and wonderful film that challenges our notions of modern film-making and even entertainment itself. It's topped the Golden Globes nominations and is up for Best Picture at the Oscars, and stands a chance at winning against some very good films and a handful of predictable old warhorses ready for the glue factory.

Films are only as good as their audiences, and if people continue to skip creative and truly adveturous stories in favor of formulaic retreads and tepid, made-for-TV movies--that's what Hollywood will continue to hand them. But if people are willing to crawl out of their increasingly narrow Comfort Zones for something new--and old, in this case--and leave their comfy couches and home entertainment centers now and then, maybe better movies would be made. Maybe not. In any case, see "The Artist," a brilliant film like no other this year. Trouble is, it might spoil you for all that tepid pablum you've been swilling down for years. 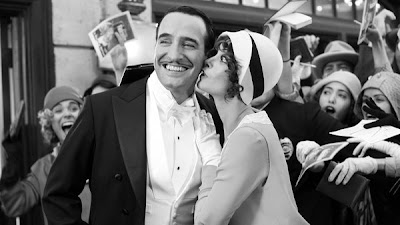