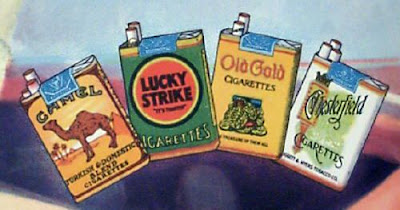 I'm writing about World War II, and I did some digging about cigarettes in the 1940s. What would someone be smoking during the war?  It depends which year. "Lucky Strike Green Has Gone to War!" was heard over the radio when the military needed green dyes and pigments for the war effort (titanium was in the green, and bronze was in the gold dyes) so the Luckies pack evolved to the more familar white-and-red pack. 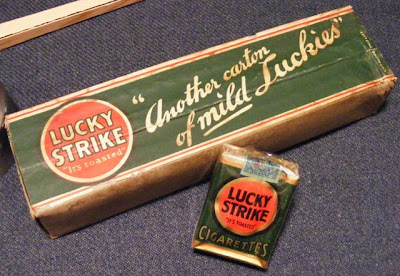 While the folks on the home front made do with off-brands like Rameses or Pacayunes, more popular brands were included in GI C-rations.

According to "The Cigarette Camps," a website about army camps in the La Havre area during the war, the cigarette connection continued after the Liberation:

"Once France had been liberated, the U.S. Army established a series of camps just outside of the harbor city of Le Havre. Each was named after a popular American cigarette of the period, primarily for security reasons: Lucky Strike, Old Gold, Philip Morris, Twenty Grand, and Chesterfield, among others. In 1944-45, the camps were essentially depots for new arrivals bound for the front lines bordering the West Wall (the "Siegfried Line"). These replacements were desperately needed to bring the American divisions being bloodied in places like the Hürtgen Forest, the Saar, and, later, the Bulge. After V-E day, they were transformed into way stations for men returning home. Like the cigarettes they were named after, they were a pleasant diversion from war no matter how short-lived, though the men who spent time there going in either direction certainly cursed them at the time." 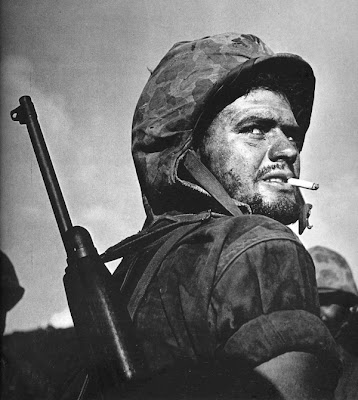