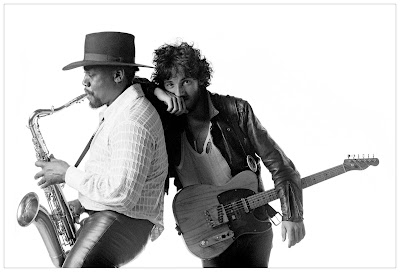 Bruce Springsteen & The E Street Band performed a secret show at South by Southwest (SXSW) on March 15, they were missing one critical member of the group: Clarence Clemons, "The Big Man," who passed away this past year. When Bruce wheeled into "Tenth Avenue Freeze-Out," a crowd favorite that tells the story of the band in its early scuffling days, the part that used to be filled with Clarence's sax solo became a moving tribute. The song goes like this:

When the change was made uptownAnd the big man joined the bandFrom the coastline to the cityAll the little pretties raise their handsI'm gonna sit back right easy and laughWhen scooter and the big man bust this city in halfWith a tenth avenue freeze-out... 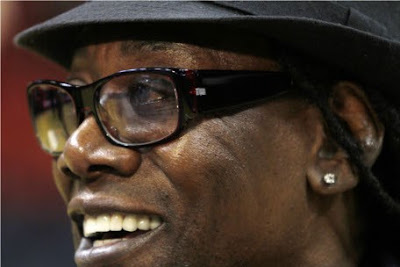 "Clarence lived a wonderful life," Springsteen said, in a statement issued hours after Clarence's death. "He carried within him a love of people that made them love him. He created a wondrous and extended family. He loved the saxophone, loved our fans and gave everything he had every night he stepped on stage. His loss is immeasurable and we are honored and thankful to have known him and had the opportunity to stand beside him for nearly forty years. He was my great friend, my partner, and with Clarence at my side, my band and I were able to tell a story far deeper than those simply contained in our music. His life, his memory, and his love will live on in that story and in our band."

Watch the live performance at SXSW that turned into such a moving tribute.