Oh, snap! I got 99 problems but a book ain't one. Annabelle Quezada and La Shea Delaney show some attitude as they flip typical hip hop priorities in a bookish parody of Jay-Z and Kanye West's "Ni**as in Paris." These slammin' book nerds don't dumb it down, name-checking everyone from Foucault to Anais Nin, Jeffrey Eugenides to JK Rowling, Shakespeare to Charlotte Bronte--and the lit'ry subculture finally gets a front row seat where the beat meets the street. They show us something we hardly ever see watching mainstream media, where acceptable women's roles exist within narrow parameters of docility and feigned ignorance: that smart is cool, smart is sexy, and serious reading is--in the vernacular of the street--"The shit."

Read so hard, I memorize, The Illiad... I know lines.
Watch me spit, classic lit, epic poems that don’t rhyme.
War and Peace, piece of cake, read Tolstoy in 3 days.
Straight through, no delays.
Didn’t miss a word. Not one phrase.

Nobody can match their swagger as they brag about reading. They rock those books. They have fun with it, mixing it up, tossing off insults like mcs, bopping to the bookstore, and if they intended it or not they make reading cool--and not in some corny, didactic, after school special way--but cool cool, with all the attitude and vitality and serious flow of any song about packing gats and nines and the way we roll. Now get reading, yo. 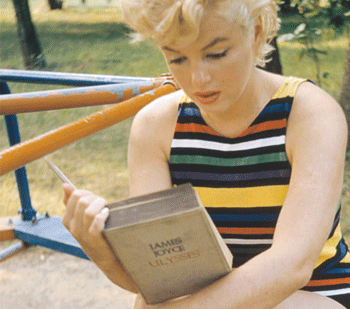