MAKE ME A GENIUS

The word "genius" is bandied about so frequently it has become nearly meaningless ("He's a marketing genius!") but what is "genius?" Leonardo da Vinci, Mozart, and Goethe would rank high on anyone's list, but how do we ascertain the gifted, exceptional mind in the present day? What attributes are we looking for? Sheer intelligence? Creativity? MacArthur Grants? High IQs? Financial success? Problem-solving ability? Wit? Chess-playing acumen? 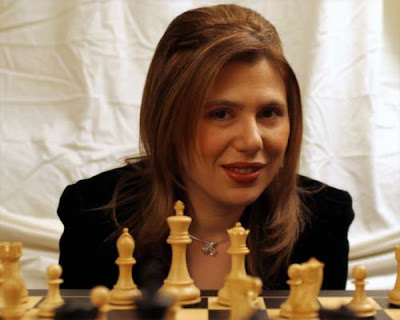 Can we create genius?

Psychologist László Polgár thought so. He believed that genius was “not born, but made." Noting that even Mozart received tutelage from his father at a very early age, Polgár set about teaching chess to his five-year-old daughter after she happened upon a chess set in their home. Susan Polgar (born Zsuzsanna Polgár in Budapest in 1969) became the top-ranked female player in the world at the age of fifteen, and went on to become the world's first female Grandmaster, belying the common assumption that men’s brains are better at understanding spatial relationships, giving them an advantage in games such as chess. By the way, her sisters are also world-ranked chess champions.

Susan Polgar now teaches at Texas Tech, having recently moved from Forest Hills, New York, where she ran the Polgar Chess Center which gives chess training to children, especially girls.
Posted by Bob Rini at 7:28 AM