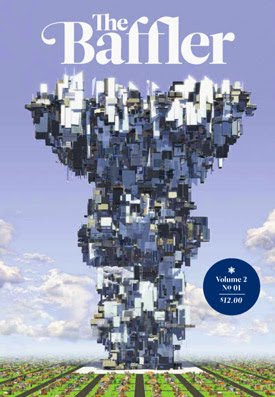 The Baffler is back. The magazine, started in 1988 by Thomas Frank, the lefty intellectual who wrote "What's the Matter with Kansas?" and "The Wrecking Crew," came to a halt in 2007. Since then, we've read our Frank in book form, and within the austere pages of the Wall Street Journal where he publishes a liberal column behind enemy lines. The magazine was sorely missed. Fortunately, Frank resurrected it--with new publishers, new editors and a new design--and a brand new issue is finally on the newsstands. We're delighted. 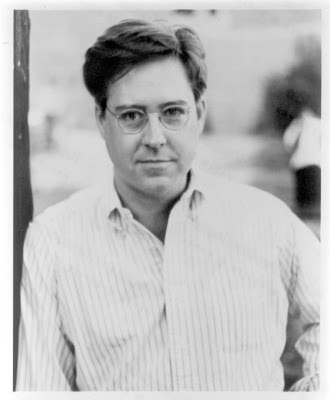 Thomas Frank, not so crazy after all

We're big fans of The Baffler, and Thomas Frank. For years, Frank, a whip-smart rebel with a PhD in history from the University of Chicago, worked tirelessly as an outspoken critic of the Bush Administration and his Texas landgrab philosophy of cronyism and unregulated capitalism. In those deeply stupid years, his cool logic was like a glass of ice water in the desert. In spite of impeccable credentials, Frank was definitely on the outside, if not an outright enemy of Bush and Co.

"Our views used to be considered flatly unacceptable," Frank said recently in Paste Magazine. Now--after a sea change in the economy and the White House--Frank finds himself much in agreement with President Obama. "We're not regarded as blasphemous or heretical anymore."

Things change. Now even some of the loudest Free Market types have shut the hell up. You can hardly blame them. With their help, the economy took a nosedive unparalleled since the Great Depression. Now the landgrab is over and people are suffering. These days, Frank finds himself in a strange position for a rebel. With a president who believes in regulation that protects the average citizen, he's not such an outsider anymore. Funny how that works.

Read Thomas Frank's column in the Wall Street Journal, or read his journalism here. Be sure to check out the new issue of The Baffler on the newsstand, or on their website. (Be sure to read Matt Taibbi's article on Blago's memoir--it's a hoot) The Baffler.
Posted by Bob Rini at 9:45 AM