Mouly discusses the history of comics, the value of cartoons, The New Yorker, RAW Magazine, and her list of recommended reading.

Françoise Mouly has been art editor of The New Yorker since 1993. Since then, she has been responsible for over 800 covers, including the magazine's most memorable in recent years: the September 11, 2001 black cover (which she created with her husband, cartoonist Art Spiegelman) and the controversial "terrorist fist bump" cover by Barry Blitt during the 2008 election. For the 85th anniversary of the magazine, in 2010, she did a 4-part cover by Dan Clowes, Chris Ware, Adrian Tomine and Ivan Brunetti. Very cool.

In 2000, Mouly published “Covering The New Yorker: Cutting-Edge Covers from a Literary Institution,” and launched a RAW Junior division to publish books of comics for kids. In 2001, she was named chevalier in the order of Arts and Letters by the French Ministry of Culture and Communication. 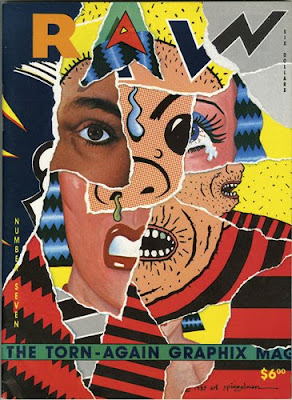 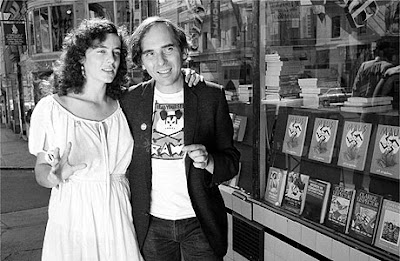 Mouly and Spiegelman back in the day
Posted by Bob Rini at 9:45 PM