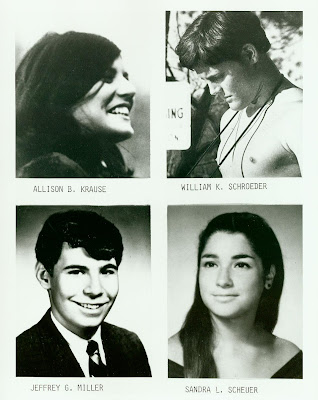 Just three days before the massacre, on a visit to the Pentagon on May 1, 1970, President Nixon made the following remarks which were taped by a reporter who accompanied the President:

"You see these bums, you know, blowing up the campuses. Listen, the boys that are on the college campuses today are the luckiest people in the world, going to the greatest universities, and here they are burning up the books, I mean storming around about this issue--I mean you name it--get rid of the war; there will be another one." 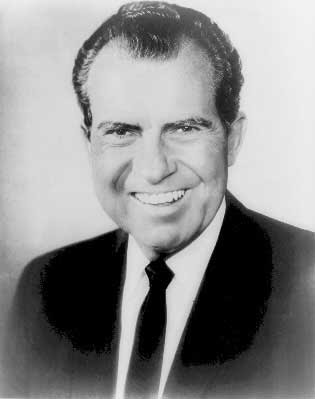 Nixon may not have fired a gun that day, but he fanned the flames of rage against the anti-war movement and helped create the situation that resulted in violence. Obviously, he hated people protesting his war. Now, Nixon is seen as a sleazy opportunist, a crook who abused his power and trampled on the Constitution, but let's remember at the time he was quite popular. The Silent Majority--those flag-waving conservative Republicans who were his political base--were the tea party crowd of their time, red-eyed with rage and rhetoric and quick to accuse dissenters of being unpatriotic--and worse, traitors. If there is an enduring lesson of May 4th, 1970, it's not only that idealism can be crushed by guns, but that sometimes the most anti-American actions can be committed in the name of America. 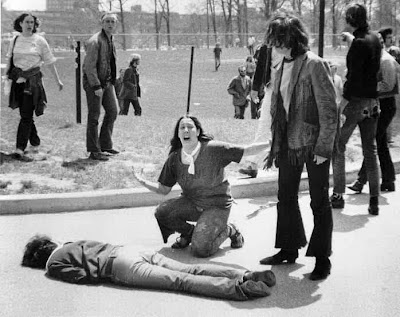