NOTES FROM THE UNDERGROUND 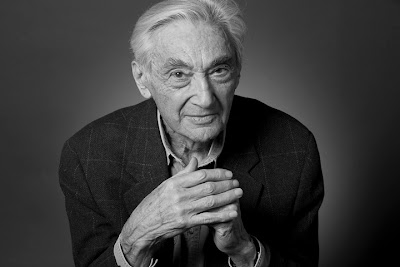 On July 30, the FBI released the 423-page file they had kept over the years on left-wing historian Howard Zinn. Zinn died in January, and as a final example of their dickishness, the Bureau--still clinging to the ideological apron-strings of cross-dressing Hoover--waited until Howard was dead and gone before letting the file out. Nice. In a free society--truly free, not just free for platitudes--a national police force might not have the power to harass and intimidate dissidents and keep dissenters under surveillance. 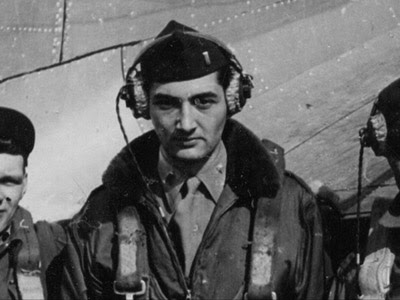 Zinn in the forties

Yes, sometimes surveillance may protect the public good, but all too often it is used as an arm of the status quo to protect state power. From the Gestapo to the KGB, from Stasi to SAVAK, from Dina in Chile to the death squads of El Salvador, secret police forces (and not so secret ones) have been used to silence, harass and "dissapear" dissenters and critics of the state--all in the name of security. Abu Ghraib ring a bell? CIA black sites? Operation Phoenix in Vietnam? How about Cointelpro? Look into the Chilean coup in 1973, the Guatemalan coup in 1954, the assassination of Diem, and so on. We don't just export Coca Cola and Hollywood movies, but also thumbscrews and misinformation, torture technicians and spies and military "advisors." But you know that.

Shocking as it may sound, America has its own secret police, its own dungeons, its own gulags. Maybe that's inevitable in a super power. Why would we think others are capable of such things, and not us? Are we that pure? Of course not. There are "black ops" we never hear about, secrets kept from the people on a daily basis. It would be naive to think otherwise. As usual, might is used to protect the rich and powerful, and massive military-industrial interests trump the common good so frequently it's not even newsworthy. It's a case of dog bites man. Zinn in the sixties

Howard Zinn wasn't a bomb-throwing anarchist or a devious spy, but a white-haired teacher, a former bombardier in World War II, who was struck by his conscience and who wasn't afraid to speak up. He was smart, and very politely, quietly, he noted that the emperor had no clothes. His book, "A People's History of the United States," awakened many Americans to the real history, the secret history of our country. Only in a society quaking in its boots would that be a radical act, but it was. Too bad he's dead--I bet he'd have liked to see what the feds wrote about him.

Why do the feds fear thinkers like Howard Zinn? Chris Hedges, war correspondent and author of "War is a Force That Gives Us Meaning," asks that very question in his column in TruthDig.

"We are amassing unprecedented volumes of secret files," Hedges says, "and carrying out extensive surveillance and harassment, as stupid and useless as those that were directed against Zinn. And a few decades from now maybe we will be able to examine the work of the latest generation of dimwitted investigators who have been unleashed upon us in secret by the tens of thousands. Did any of the agents who followed Zinn ever realize how they wasted their time?"

Read the rest of Hedges' column here.
Posted by Bob Rini at 1:15 PM