Sadly, it sounds as if the Obama Administration will cave in on the Bush tax cuts. We're greatly disappointed. Bush gave the richest of the rich the sweetest deal, and we'd like them to pay their fair share, as radical as that might sound, especially now that the country is going broke. Frightening data shows the rich are getting richer and the poor poorer at an unprecedented rate. The divide is greater than it has been since The Great Depression. A recent study on taxes in Washington State showed that the rich pay 2.6 percent in taxes, while the poor pay a whopping 17 percent. We're not advocating Class War--not yet, anyway--we'd just like to see something a hair closer to economic justice. In that spirit, we present the decadence of the Ruling Class in this hilarious remix of Federico Fellini's classic, "La Dolce Vita." 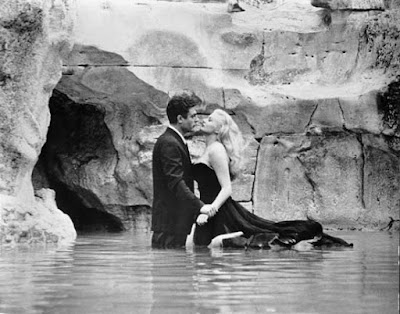 It's never easy being rich: endless tax avoidance, the Sisyphean search for reliable domestic staff, the never-ending burden of surly stares from the Great Sea of the Unwashed as one goes about one's rightful business. Toughest of all is simply keeping track of everything one owns. There's so much of it. And personal possessions are just the beginning.

You must keep a gimlet eye, too, on the myriad people and institutions that safeguard your gilded status: politicians, newspapers, financial instruments, branches of government. They all belong to you. But staying on top of what they're up to is a full time job. What's an overstretched gazillionaire to do? 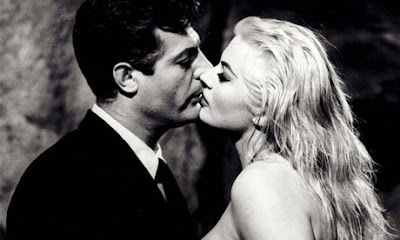 Good question! The film remix was part of the publicity for the publication of "Rich People Things" by Chris Lehmann. The quotations are from the book. As our pal Tom Frank, author of "The Wrecking Crew," blurbs: "What a delight it is to have--finally!--an entire book in which Chris Lehmann gives the mountebanks and plutocrats of this world the drubbing they deserve--in delicious detail and at satisfying length. His scoffing is a tonic."