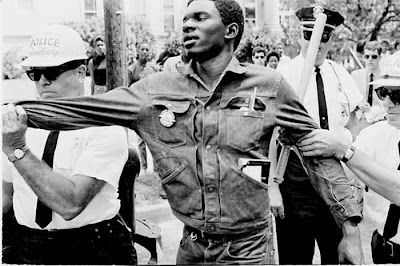 Back in the day, people fought for the right to vote. Some even died. The Good Old Boy system prevailed and big decisions were made behind closed doors in smoke-filled rooms. Poor people didn't have a chance, women were excluded, and blacks were subjected to intimidation and special "tests" restricting their access to the polling booths. Throughout the rural South, blacks and whites organized voters during "Freedom Summer"--some were beaten and some payed the ultimate price. Think about that when you vote.