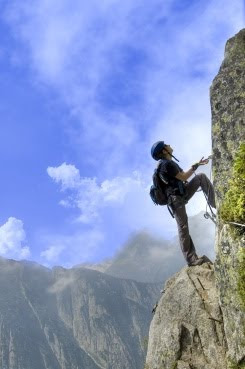 Novelist Jonathan Lethem discusses bogus nostalgia for a perfect Brooklyn, whether or not "hipster" is a pejorative term, and how novel writing is like mountain climbing. Yes, he's all over the map. If you've read any of Lethem's novels (and if you haven't, we suggest you begin with "Fortress of Solitude") you'll be familiar with his wide range of interests and quick wit. In this interview he is no different. Less eagle than egret, Lethem lights from tussock to tussock, off-kilter and herky-jerky, an apparently flightless bird poking awkwardly through the reeds, and then surprises us by taking flight on impossibly graceful wings with a fish in his bill. He shouldn't be able to do that, but he pulls it off. His protagonists are a motley crew of disheveled academics, dope peddlers, neurotics, musicians, a boy with magical powers, a detective with Tourettes. They seem hopelessly earthbound at first glance, but Lethem lifts them into the sky.

Here's an excerpt from "Motherless Brooklyn":

Minna's Court Street was the old Brooklyn, a placid ageless surface alive underneath with talk, with deals and casual insults, a neighborhood political machine with pizzeria and butchershop bosses and unwritten rules everywhere. All was talk except for what mattered most, which were unspoken understandings. The barbershop, where he took us for identical haircuts that cost three dollars each, except even that fee was waived for Minna--no one had to wonder why the price of a haircut hadn't gone up since 1966, nor why six old barbers were working, mostly not working, out of the same ancient storefront, where the Barbicide hadn't been changed since the product's invention (in Brooklyn, the jar bragged), where other somewhat younger men passed through constantly to argue sports and wave away offers of haircuts; the barbershop was a retirement home, a social club, and front for a backroom poker game. The barbers were taken care of because this was Brooklyn, where people looked out. Why would the prices go up, when nobody walked in who wasn't part of this conspiracy, this trust?--though if you spoke of it you'd surely meet with confused denials, or laughter and a too-hard cuff on the cheek. Another exemplary mystery was the "arcade," a giant storefront paneled with linoleum, containing three pinball machines, which were in constant use, and six or seven video games, Asteroids, Frogger, Centipede, all pretty much ignored, and a cashier, who'd change dollars to quarters and accept hundred dollar bills folded into lists of numbers, names of horses and football teams. The curb in front of the arcade was lined with Vespas, which had been a vogue a year or two before but now sat permanently parked, without anything more than a bicycle lock for protection, a taunt to vandals. A block away, on Smith, they would have been stripped, but here they were pristine, a curbside Vespa showroom. It didn't need explaining--this was Court Street. And Court Street, where it passed through Carroll Gardens and Cobble Hill, was the only Brooklyn, really--north was Brooklyn Heights, secretly a part of Manhattan, south was the harbor, and the rest, everything east of the Gowanus Canal (the only body of water in the world, Minna would crack each and every time we drove over it, that was ninety percent guns), apart from small outposts of civilization in Park Slope and Windsor Terrace, was an unspeakable barbarian tumult.