Language warning for the underage and genteel: if you're easily offended by language adults use on a daily basis, please turn away now. Cee Lo Green has written a catchy old school song that is quickly becoming an underground hit--underground, because they sure as hell won't play it on the radio. It's actually a great song, it touches an emotional nerve and has a solid dance beat, but it contains a certain offensive word.

You know the word. It's older than the hills and you should probably be used to it by now. According to the Online Etymology Dictionary, a wonderful resource for word origins and information, the origins of this familiar epithet are hard to trace exactly, in part because it was taboo to the editors of the original Oxford English Dictionary (OED) when the "F" volume was compiled back in1893-97. 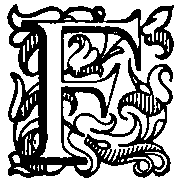 Written form only attested from early 16c. OED 2nd edition cites 1503, in the form fukkit; earliest appearance of current spelling is 1535 -- "Bischops ... may fuck thair fill and be vnmaryit" [Sir David Lyndesay, "Ane Satyre of the Thrie Estaits"], but presumably it is a much more ancient word than that, simply one that wasn't likely to be written in the kind of texts that have survived from O.E. and M.E. Buck cites proper name John le Fucker from 1278. The word apparently is hinted at in a scurrilous 15c. poem, titled "Flen flyys," written in bastard L. and M.E. The relevant line reads:

"They [the monks] are not in heaven because they fuck the wives of Ely." Fuccant is pseudo-Latin, and in the original it is written in cipher. The earliest examples of the word otherwise are from Scottish, which suggests a Scandinavian origin, perhaps from a word akin to Norwegian dialectal fukka "copulate," or Swedish dialectal focka "copulate, strike, push," and fock "penis." 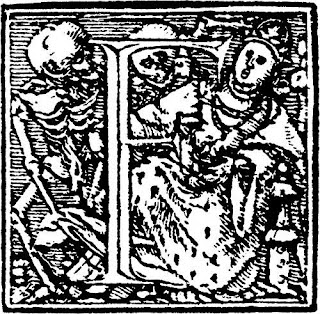 Frankly, we think all this fuss over a word--a word--is kind of silly. In these days of war and economic collapse, hunger, environmental meltdown, corporate robbery and the most heinous crimes imaginable in every single morning newspaper, we think folks should learn to relax about a word that expresses so much, with such force, in spite of such overuse for so long. In an age of dirty bombs, smart bombs, neutron bombs, hydrogen bombs, atomic bombs, anti-personnel bombs, and improvised explosive devises, the F Bomb may be the least offensive bomb of all.

I agree with you, Bob. This song is surely one we can all relate to.
Aside from the great catchy hook, a lot of it's appeal is likely to be the shock factor of the F-bomb.
Check out out video review of Cee-Lo's hit song and the need for letting go of hurt and learning to forgive.
http://www.youtube.com/watch?v=j4aHwinVTRw
Cheers :)

I agree forgiveness is key, and harboring a grudge only bothers you and raises your blood pressure. I noticed the quotation at the end of the video--and believe that regardless of your religion, or lack of religion, and regardless of your own personal philosophy, it's best to learn to forgive. Sometimes being upset is justified, and denying our feelings isn't healthy either, but it's best to forgive and move on with your life, as corny as that may sound.