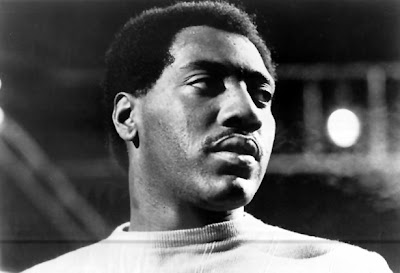 Otis Redding was the greatest soul singer of all time. He was a force of nature, and his performances were filled with such power and passion that he often left audiences wrung-out like washrags. Otis was a dynamo. There was no stopping him. Strangely enough, he got into show business by accident (see the great documentary, Respect Yourself: The Stax Records Story) and after carrying in bags and equipment this roadie wowed a handful of musicians in a little Memphis studio--and then he went on to wow the whole world.

Otis was brilliant and a joy to hear. His voice was sweet and grainy and full of emotion. His biggest triumph may have been performing at the Monterey Pop Festival in 1967, where he won over the "love generation" with a killer set, but sadly his life was cut short that very same year in an airplane crash. Fans mourned the loss worldwide. His biggest hit, "Sitting on the Dock of the Bay" (which he co-wrote with Steve Cropper), was released posthumously and shot to the top of the charts after his death. In the clip below, he performs "I've Been Loving You Too Long (To Stop Now)" at the Monterey Pop Festival, in 1967. Can you feel that?