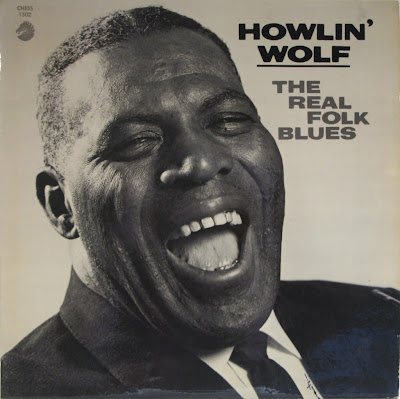 Chester Arthur Burnett, better known to blues fans as Howlin' Wolf, was born June 10th, 1910, in White Station, Mississippi. He would've turned a hundred this month. He stood as tall as a live oak and weighed nearly a ton. Some say he had power of a runaway locomotive, maybe the locomotive in this song.

Howlin' Wolf ran away from home quite young. After soaking up all the mystery and pain of the Mississippi Delta, he drove to Chicago and became one of the premier bluesmen in the 1950s. His voice was unique. While others were busy crooning, he howled with a voice that was a force of nature, a voice someone once compared to "the sound of heavy machinery operating on a gravel road." His only true rival was Muddy Waters, who also electrified the Delta sound and brought it north, and together they became the twin towers of Chicago blues.

Listen. The music is raw and unadorned, terrifying even, but there is a powerful groove that makes you move and tap your feet. Can you feel that? Here he's playing with Hubert Sumlin and Willie Dixon, one of the greatest blues songwriters of all time. Give a listen. This is the real deal.

Hey there again, Blogger Bob. Yes, it is the real deal. Howling Wolf and all those Delta Blues guys have always been an inspiration. Common ground to another Native Reality. Great stuff!!
Peace - - Otto