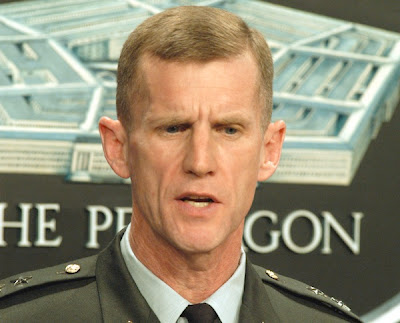 General Stanley McChristal is out of a job--as you know. Obama fired him. His remarks in Rolling Stone magazine derailed his powerful position and he'll be checking Craig's List for Jobs for Generals. Well, not really. He'll be shuffled somewhere else, no doubt. Maybe he'll retire. Old generals never die, after all, they just find a nice place to play golf.

In case you don't read the glossy rock magazine, you can read the original article that got the man bounced here. 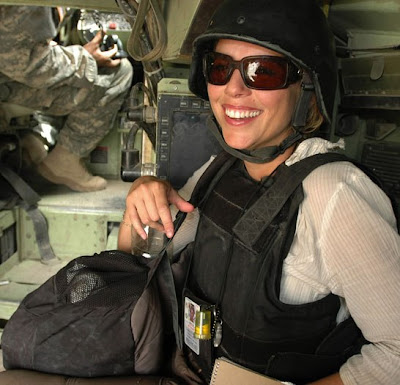 CBS News Chief Foreign Correspondent Lara Logan thought the article went too far. On CNN's Reliable Sources show Sunday, she accused Rolling Stone writer Michael Hastings of violating an unspoken agreement and printing offhand remarks that should have been kept from the public.

Matt Taibbi disagrees. Taibbi, an outspoken journalist who often writes for RS among other publications, jumped on Logan.

"Here's CBS's chief foreign correspondent saying out loud on TV that when the man running a war that's killing thousands of young men and women every year steps on his own dick in front of a journalist, that journalist is supposed to eat the story so as not to embarrass the flag. And the part that really gets me is Logan bitching about how Hastings was dishonest to use human warmth and charm to build up enough of a rapport with his sources that they felt comfortable running their mouths off in front of him...." 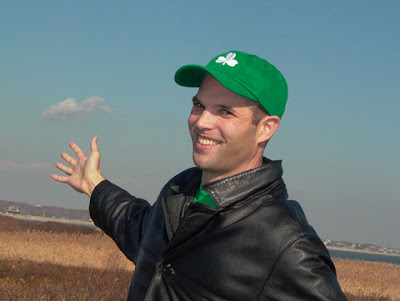