THOMAS PYNCHON WAS A STEEL-DRIVING MAN 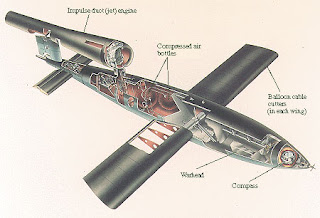 A screaming comes across the sky. With those words one of the greatest novels of the twentieth century begins, and many a reader falls down a rabbithole of Thomas Pynchon's brilliant, troubling Gravity's Rainbow. Awesome, life-changing, unnecessarily difficult--opinions abound about this tough, rewarding tome many have begun, less have finished.  Why bring up this 1973 novel now?  Classics are worth rereading. This book changed the face of American letters, but was controversial from the start.  A three-person Pulitzer Prize jury supported the book for the award that year, only to be overturned by an eleven-member board that cited obscenity (no award for fiction was given that year; just like this year, coincidentally) but the novel took the National Book Award.  Awards, of course, are suspect from the get-go, reflecting politics and trends as much as anything, but since the book first stormed the reality studios of our collective mind it has spawned a trillion (exaggerating only slightly) books of its own, guides, concordances, doctoral theses and the odd bathroom graffito. I'm only kidding slightly.  In a world of self-proclaimed, self-promoting "geniuses," flash in the pan sensations and celebrities famous for being famous, Pynchon is a true master, a celebrated writer who shuns celebrity, and a nimble artist of the first rank who has enjoyed more than a few lingering dips and nuzzles slow-dancing with the Muse.  P is a writer's writer and a mystery man (he makes J.D. Salinger look like a social butterfly) you won't see on the talk-show circuit, and the basis of his fame is actual artistic accomplishment, writing that soars and challenges and, like the proverbial Red Ball Jet, runs so fast and stops on a dime.

This film won't clear anything up.  There are no shortcuts.  Sure, there are several interesting clues embedded in this documentary relating to preterition, paranoia, racism, colonialism, conspiracy, synchronicity, and entropy, that, if played backwards, approximate the clarion call of the muted post horn of the secret "Trystero" society, tooting Pynchon's myriad obsessions, but, like P's books, this isn't for everybody--though it may be rewarding for brass aficionados, postal workers and sagacious readers--and it won't simplify the writer or his work.  To really get to know Pynchon, you must read him.  Suit yourself.  He might not be your cup of Lapsang Souchong.  Don't bother.  Throw up your hands and claim he's a hoax, he's overrated, he's corrupting the youth of Athens.  It doesn't matter.  Stay home in the Comfort Zone.  But if you're up for a tremendous, exhilarating, wearying journey, you could do worse than reading Mr. P., but be sure to bring a toothbrush and a change of clothes.