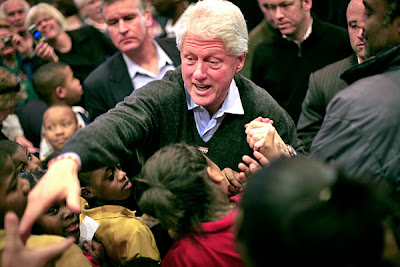 CHARLESTON, SC—After spending two months accompanying his wife, Hillary, on the campaign trail, former president Bill Clinton announced Monday that he is joining the 2008 presidential race, saying he "could no longer resist the urge."

"My fellow Americans, I am sick and tired of not being president," said Clinton, introducing his wife at a "Hillary '08" rally.

For the rest of the article, visit the satirical newspaper, "The Onion." Click HERE.
Posted by Bob Rini at 6:44 AM