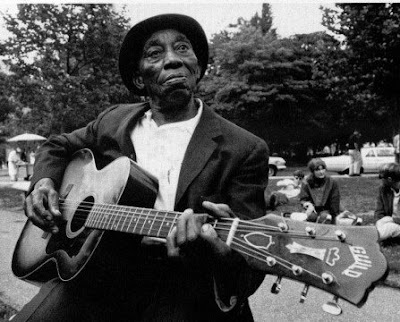 Mississippi John Hurt (1892-1966) was a legendary country blues guitar player. He learned to play guitar as a child of nine in Avalon, Mississippi. By today's standards, his musical style may seem simple or even crude, but he is a master fingerpicker, a wry storyteller, and I wouldn't trade him for a hundred current pop stars. Here he plays "Spike Driver Blues," a song he first recorded in 1928 for Okeh records, for Pete Seeger.

thanks for this great video!
one of my faourite Mississippi bluesmen!