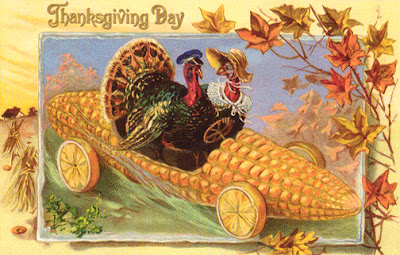 It was pretty quiet at the Nine Pound Hammer offices today. We had cupcakes, and I sent all my regular employees home with a basket of yams and sweet potatoes, canned cranberries, and a tiny turkey made of marzipan. An old hobo shook my hand as he was leaving, and I assured him we weren't downsizing any time soon. He pulled a flask of peppermint Schnapps out of his old pea coat and gave me a swig. That's what Thanksgiving means to me, I thought, racing home in my Lexus. The little things. 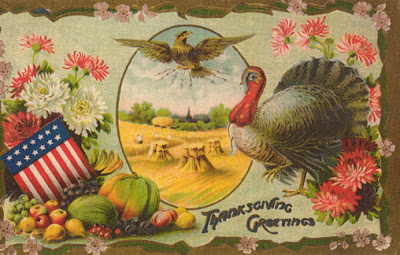 "Thanksgiving Day, a function which originated in New England two or three centuries ago when those people recognized that they really had something to be thankful for -- annually, not oftener -- if they had succeeded in exterminating their neighbors, the Indians, during the previous twelve months instead of getting exterminated by their neighbors, the Indians. Thanksgiving Day became a habit, for the reason that in the course of time, as the years drifted on, it was perceived that the exterminating had ceased to be mutual and was all on the white man's side, consequently on the Lord's side; hence it was proper to thank the Lord for it and extend the usual annual compliments."
--Mark Twain 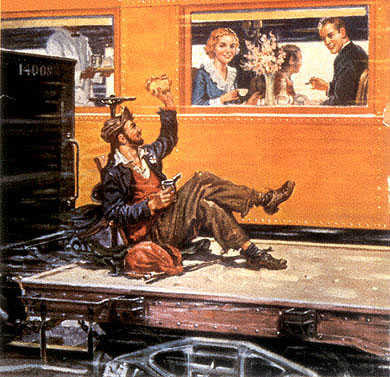 Happy Thanksgiving to you and yours, and to the hobo with the turkey sandwich.