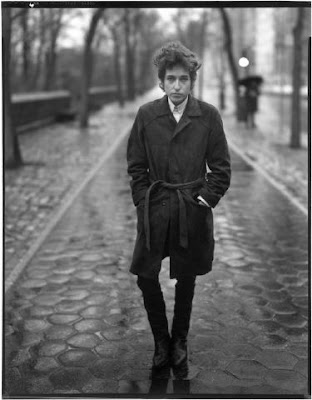 You know me. I'm an unrepentant Dylan fan. As far as I'm concerned, he's the greatest songwriter of the past century. No one comes close. There have been other great songwriters, of course, and some very clever--Cole Porter, George & Ira Gershwin, Hoagy Carmichael, Harry Warren, the hitmakers from Tin Pan Alley, Leiber and Stoller, Chuck Berry, Lennon and McCartney, Randy Newman, Brian Wilson, Elvis Costello--but it took Dylan to elevate the pop song into poetry. These academics agree. Not that we need their approval, of course. This is popular music and we can see for ourselves, or hear for ourselves.

But poetry? That's an elitist concern, like classical music, like opera, like dusty old tomes in university libraries argued over by pedantic, hair-splitting professors. Tweed jackets and elbow patches, right? Pipe smokers? Every rough fiber in their being--not to mention their tweeds--warns us we couldn't possibly understand the supernal delights of "Rime of the Ancient Mariner," say, so please leave poetry to the experts. Puff, puff. Poetry surely has nothing to do with a scruffy, rasping hillbilly with a guitar. This unwashed, unkempt outsider! 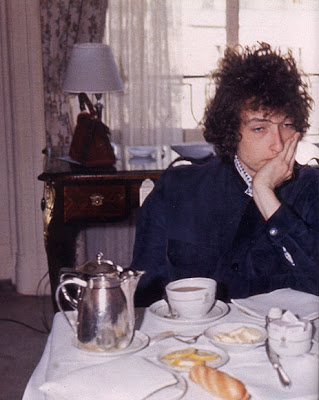 I went off with my hands in my torn coat pockets;
My overcoat was becoming ideal...
My only pair of pants had a big hole in them.
– Stargazing Tom Thumb, I sowed rhymes along my way..
rhyming among the fantastic shadows,
I plucked like the strings of a lyre the elastics
Of my tattered boots, one foot close to my heart!

That might have been written by Dylan. Surely he has more in common with Rimbaud than with fussy academics guarding the cannon against the barbarians. Rimbaud, like Dylan, was one of the barbarians. He stopped writing poetry when he was nineteen, and ended up running guns to Africa--hardly the comfy chair for him, the book-lined study, the quibbling in classrooms. Eventually, the profs catch up with the barbarians, allowing a few to enter the great halls. Rimbaud is now entombed in the canon, of course. Maybe Dylan, too, someday.

"Desolation Row" came from the 1965 album "Highway 61 Revisited," the record that included the hit song "Like a Rolling Stone." It was already his 6th album. (click play)

Ophelia, she’s ’neath the window
For her I feel so afraid
On her twenty-second birthday
She already is an old maid
To her, death is quite romantic
She wears an iron vest
Her profession’s her religion
Her sin is her lifelessness


"Blind Wille McTell" was recorded in 1983 and originally passed over for an album. It's hard to believe Dylan threw away this gem. For years it circulated as an outtake among collectors, and only when "Bob Dylan: The Bootleg Series" was officially released did most people get a chance to hear this haunting evocation of the blues singer and the Deep South. Listen:

See them big plantations burning
Hear the cracking of the whips
Smell that sweet magnolia blooming
See the ghosts of slavery ships...

Dylan wrote "Things Have Changed" for the film of Michael Chabon's novel Wonder Boys. It won an Academy Award for Best Original Song. Here, Dylan's older, looking world weary as he puffs on a cigar, the mystery man who once symbolized commitment and giving a damn, but things have changed:


A worried man with a worried mind
No one in front of me and nothing behind
There’s a woman on my lap and she’s drinking champagne
Got white skin, got assassin’s eyes
I’m looking up into the sapphire-tinted skies
I’m well dressed, waiting on the last train...

People are crazy and times are strange,
I'm locked in tight, I'm out of range,
I used to care, but things have changed.


note: Believe it or not, it's been a couple months since we posted Bob Dylan. In that time we've posted a host of other musicians, including Janis Joplin, Willie Nelson, The Fugs, Bill Frisell, Artie Shaw, Jerry Jeff Walker, Nanci Griffith, Astor Piazzolla, Howlin' Wolf, Spike Jones, Bruce Springsteen, Sly & the Family Stone, Eric Burdon, Los Lobos, Blind Faith, the Stones, Lambchop, Merle Haggard, Neko Case, Jimi Hendrix, Cat Power, Joni Mitchell and Mama Cass. We're doing our best to cover a wide range of music that you might not hear on the radio.
Posted by Bob Rini at 7:12 AM