SURRENDER TO THE ADVERTISING 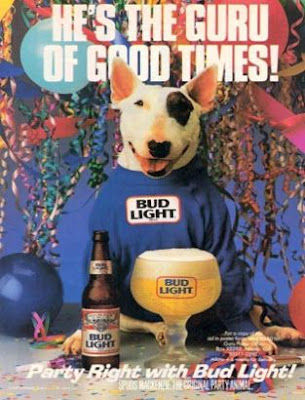 You don't have to read Herbert Marcuse to realize that advanced industrial society creates false needs which integrate individuals into a system of production and consumption. In other words, mass media and advertising sell you things you don't need. Advertising creates insecurity it then promises to alleviate--for a price.


We're obviously helpless without their products

On top of making us into good little consumers, Marcuse argues that the system attempts to eliminate negativity, critique, and opposition, resulting in a society of obedient, silent "one-dimensional" men. Advertising does its best to sell products, of course, but by hammering away at us constantly it undermines our aptitude and ability for critical thinking and oppositional behavior. It takes some work avoiding such conditioning, and we all feel critical of overt commercial brainwashing, yet such a constant barrage of commercials must have an effect on our psyches. What's the mental cost of such exposure? 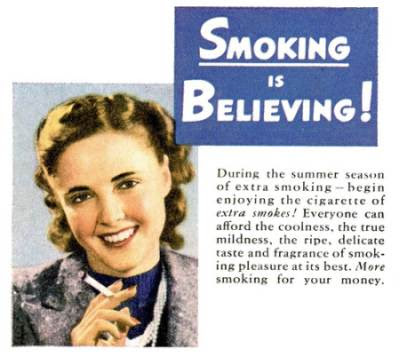 There I go again, getting heavy. Sorry. Go ahead and buy useless crap you don't need--it makes America strong. Get some cigarettes and some of that colored sugar water and something loaded with corn syrup and polyunsaturated fats, or better yet buy an SUV. Buy the lifestyle, or risk looking foolish or ugly or lacking in sex appeal. Besides, if you don't consume in mass quantities, the terrorists win. Resistance is futile.


It's really so easy to operate...

Even so, it's nice to see advertisers screw up--which used to be common on live TV, though it's rare these days. The best place to look for hilarious foul-ups are in the insidious "infomercials" that batter out consciousnesses late at night--or all day long, on the shopping channels. They don't have billion dollar budgets like Coca Cola or Budweiser so their machinations are even more apparent. Have a good laugh at these foul-ups. And don't believe everything you see on TV.

The samurai way is full of obstacles...
Posted by Bob Rini at 11:29 AM