Astor Piazzolla, Argentine tango composer and bandoneón player, was born in 1921 to Italian parents, Vicente Nonino Piazzolla and Asunta Manetti. He lived in Argentina, New York, Uruguay and Paris, and all the drama and mystery of these places came together in his music, which stirred a tango revival called the "Tango Nuevo," or new tango. 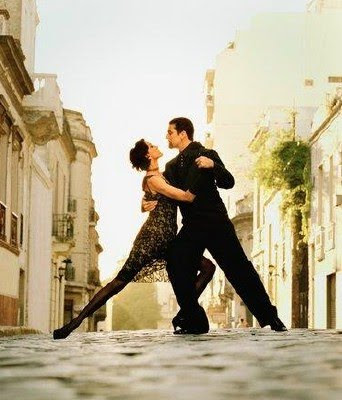 The tango first emerged in the 1890s in the rough slums and mean streets of Buenos Aires, and it was "the tango of the knife and the brothel." The music and the dance--with its close embrace, quick steps and complex footwork--can be traced back to a time when street barrel organs played in the working-class slums of BA that were packed with European immigrants, primarily Italians, Spanish and French.

This was the rough tango, the brutal tango so beloved by Jorge Luis Borges, who wrote about it many times. "Musically, the tango ought not to be important," he says. "Its only importance is that which we give to it. This reflection is correct, but perhaps applies to everything. For example, to our own personal death or to the woman who disdains us...The tango can be debated, and we have debates over it, but it still encloses, as does all that which is truthful, a secret." 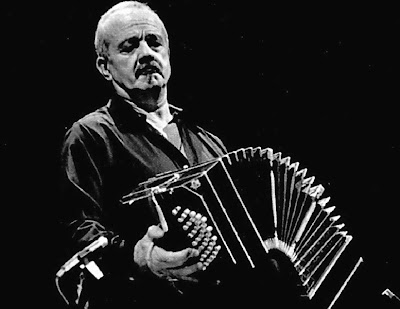 In a way, the secret was out a long time ago. By the turn of the last century, the tango craze swept Paris, Berlin, London and finally the world, and soon tango orchestras were touring and everyone was doing it. Tango became respectable. Before long there was ballroom tango and sophisticated tango, jazzy tango and elegant tango--and some of the rough old crowd, including Borges, lamented the loss. Things change. You can still feel the old school tango in Piazzolla, and the respect he pays to the past. This is passionate music, in whatever form it takes--and critics would divide the music into three types--the Old Guard (the creole tango Borges sorely missed), the New Guard (including tango-milonga and tango-cancion), and the Tango Nuevo (the avant-garde tango a la Piazzolla).

Listen. See if you can feel the old drama, or catch the flash of the knife. It's all there. Piazzolla died in 1992 but his influence is still wide ranging and his music still enjoyed. Borges is dead, too, but his labyrinthine fiction lives on, entrapping new readers all the time. And tango is alive and well.
Posted by Bob Rini at 5:50 PM