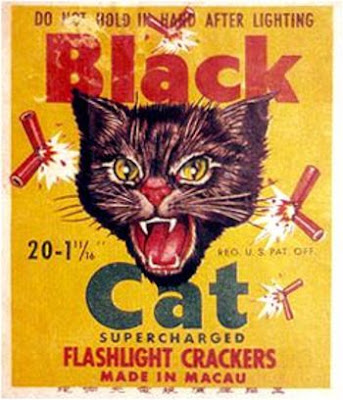 Firecrackers were dangerous and forbidden and had the devilish reek of sulfur and sin. They could blow your hand off. They were illegal, sort of, unless you went to an Indian reservation or some dilapidated fireworks stand outside the city limits where you slapped your money down and got the hell out of there before everything blew up. Or you went to a third world country. Our California cousins would score fireworks in Mexico and show up with enough ordnance to restage the Normandy Invasion. They'd unload strings of firecrackers, cherry bombs, smoke bombs, bottle rockets, Roman candles and M-80s--which were basically quarter sticks of dynamite. They were trouble, but without the California cousins we only had spindly sparklers and a few snakes that scorched the driveway. With their military support, the 4th of July was a serious wartime action. (To my knowledge, they still have all their fingers.) 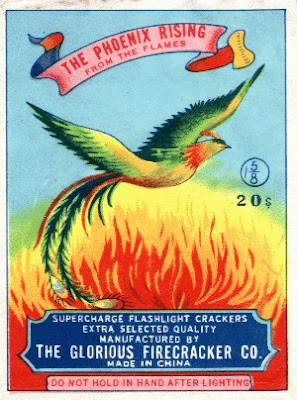 Firecrackers were made in sweatshops overseas, that much we knew. You pictured endless hangars of old women and children stuffing gunpowder into colored paper tubes while armed guards strode on catwalks overhead eyeballing the workers. Busy busy busy until someone collapsed from heat exhaustion and were dropped through a trapdoor, then it was back to work, doubletime, chop chop, or forget about that noonday ladle of stagnant rainwater. Meanwhile, stateside, we rode Stingray bikes and gorged on hot dogs and potato salad and somebody tossed a football around and eventually the summer evening twilight came and we watched the fireworks. The labels were beautiful, especially the old ones. Black Cat was my favorite, but there were beautiful birds and landscapes and devils. Wonderfully weird illustrations. You never knew King Kong had wings, did you? 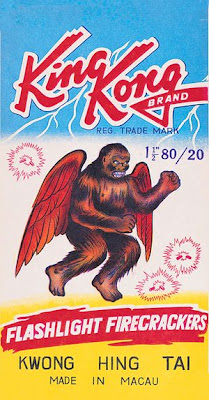