Steven Van Zandt is an actor, a guitar player, and a fantastic rock and roll deejay. His underground garage show makes the rest of rock radio seem canned, corporate, and dull as dishwater. He plays "back-to-basics guitar, bass, and drums, with a little attitude, and a direct connection to the sixties, before the machines took over."

Born Steven Lento in 1950, he grew up in an Italian American home in New Jersey, and started playing guitar as a teenager in the bar scene on the Jersey Shore. Van Zandt (he took his stepfather's name) was a founding member of Southside Johnny and the Asbury Jukes, and played in several early Springsteen bands, though he didn't officially join the E Streeters until the mid-1970s. Check out "Hammersmith Odeon 1975" on DVD to see Steven in all his pimped-out glory. Hear him on the new Springsteen album, "Magic." But whatever you do, check out the radio show. 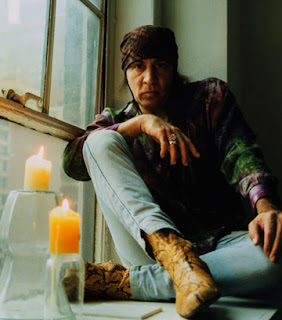