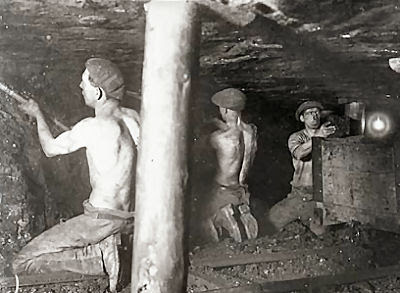 Some folks asked why the blog is called "The Nine Pound Hammer." The title refers to a traditional American work song, of which various blues and bluegrass and country versions have been floating around for years. Based on older songs, it was officially "written" by the great Merle Travis in 1946 for an album that also included such coal mining originals as "Dark as a Dungeon," and "16 Tons" (which later became a huge hit for Tennessee Ernie Ford in 1955).

"Well this nine pound hammer. it’s a little too heavy,
For my size, baby, for my size...
Well roll on buddy, pull a load of coal,
How can I pull, when my wheels won’t roll?"

Since then, it's been covered by everyone from Johnny Cash to Flatt and Scruggs, Bill Monroe to Townes van Zandt. Bob Dylan referred to the hammer in 1966, in "Tell Me Mama," a howling electric repudiation of the square folk scene he was rapidly outgrowing.

The Nine Pound Hammer? It's a symbol of hard work, of struggle, of the burden we bear. And it's a literal hammer, still swung by miners and spike drivers in rotten working conditions throughout the world. And it's a great song. Here's Merle Travis, wearing a miner's helmet with a carbide lamp, singing on a television show in the 1950s. Merle invented his own finger-picking style, called "Travis-picking" to this day, so watch his fingers. This goes out to my grandpa, Frank Albino, who mined coal.