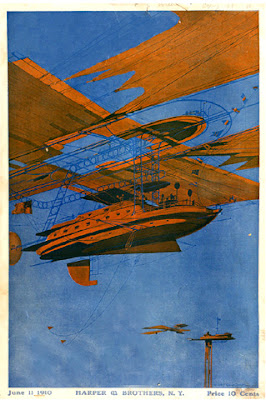 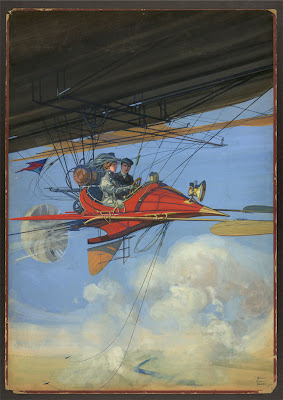 The imaginary airships of Harry Grant Dart (1869-1938) are beautifully rendered and full of the magic of a dream. They seem to float the edge of a golden moment. Dart drew for the Boston Herald in the 1890s, and did freelance illustrations for Life. In 1908, he conceived of the strip "The Explorigator" to rival the popular "Little Nemo" by Winsor McCay. For fourteen weeks that year Dart told the tale of a fantastic airship manned by Admiral Fudge and several adventurous lads. This strip seems to be the major inspiration for Thomas Pynchon's boisterous balloonists in "Against the Day" (2006).

These gorgeous images were created for All Story magazine between 1900 and 1910.