IN HARRY'S BAR IN VENICE 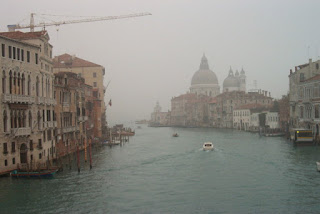 Then there was the rain. The rain was good and the fog was also good but it was the rain that was the best and they sat by the windows and watched Venice grow darker and ordered something good to drink but not as good as the rain. He sat by the windows and watched the dusk and thought of being tired and hungry and leaving Thrace to the Turks, and the drink came cold and quenched his thirst but did nothing for his impotence. 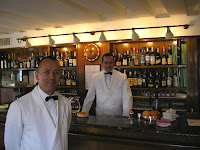 some are quite good at it but none are as good as Hemingway himself. He was the best at being Hemingway.

Click button to hear Hemingway himself read "In Harry's Bar in Venice." From "Hemingway Reads," a HarperAudio release.