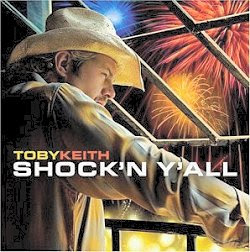 Toby Keith, the mediocre country singer, scored major hits with such pro-war records as "Shock'n Y'all," and angry lyrics such as "You'll be sorry that you messed with the US of A, 'cause we'll put a boot in your ass — it's the American Way."

Knee-jerk jingoism and pro-Bush sentiment made Keith a fortune. He had a major public feud with the Dixie Chicks, after their anti-Bush statement, calling them traitors and urging people to boycott their records.

Now Keith claims he's a lifelong Democrat and never supported the war at all.

An article in the Telegraph says Keith, and many other formerly pro-war country singers, have jumped ship. "The changing tone reflects a growing scepticism in heartlands that have disproportionately contributed the young soldiers who have been fighting and dying. Brian Hiatt, associate editor of Rolling Stone magazine, said: "Popular music is reflecting the culture, as it always does."'

As the death toll rises in Iraq and the public support of the war — and George W. Bush — diminishes, the astute -- and opportunistic -- are changing their tune. Whether they're following their hearts or the public opinion polls, or just the money, is a matter of opinion. Either way, the damage has been done. Besides, war-mongering for profit is nothing new.