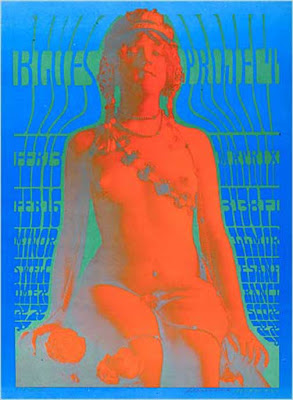 Summer's almost gone, and thankfully so is the anniversary of the "Summer of Love." Enough with the candy-coated reminiscences of people who weren't even there (the cub reporters normally sent to cover birthdays at the zoo), the uncritical misty-eyed memories of boomers now deep in the corporate rat race, even those rare respectful nods from officialdom (only two more weeks to catch the "Summer of Love" show at the Whitney!). Like the great Jimmy Durante would say, "Everybody wants to get into the act!"

Talk about False Memory Syndrome! I'm sick of all this revisionism, the sanitizing Austin Powers time machine that strips all the grit from the equation and turns history into just another Disneyland theme park, all Dayglo daisies, cutesy flower power, peace-and-love. All style and no content.

They got it all wrong. From the 1966 riots on Sunset Strip to the Kesey acid tests, from Vietnam to Watts to the moon landing to Hendrix burning his Fender Stratocaster at Monterey, a cultural hurricane ripping through the land. It tore through dinner tables and classrooms and draft boards. The music, the hair, the dope -- the attitude -- wasn't created in a vacuum. It wasn't even the best part. There may have been strawberry incense and cannabis on the winds of change, but it came with the unmistakable stench of teargas. Worldwide. Students and auto workers threw paving stones in Paris 1968, and hundreds of students were gunned down in Mexico City, where the Olympics were being held. The Tlatelolco Massacre didn't make the Wide World of Sports broadcast, but you might remember those Olympics for one stunning image; that of two African-American Olympic athletes, medal-winners Tommie Smith and John Carlos, raising black gloved fists in a Black Power salute. People were shocked, and the International Olympic Committee promptly banned them from the Olympic Games for life!

Summer of Love? Buy the T-shirt. Better yet, love your neighbor, expand your mind, stand up for peace. But don't trust your memory, it's been tampered with.