"Born Free," the new song by M.I.A. is accompanied by a shocking, violent video. The short film, directed by Romain Gavras (son of Contantinos Costa-Gavras, director of "Z" and "Missing"), delivers a nightmarish dystopian future where the U.S. Army rounds up redheads and executes them point blank. In this age of racial profiling and ethnic cleansing, the video makes an obvious statement about the absurdity of racism and genocide, but many think M.I.A. has gone too far.

The video has been removed from YouTube. Some people are shocked and enraged. M.I.A. comes from war-torn Sri Lanka, and her in-your-face attitude upsets people looking for escapist entertainment. She doesn't care. She's on a mission. 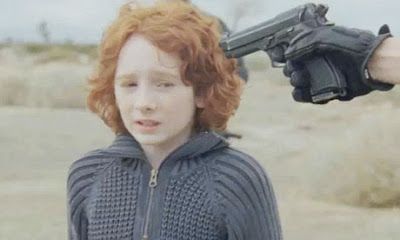 What's the role of the artist? To make good art, you say. What is good art? Should the artist address social and political issues, or always work in a purely aesthetic realm producing works of beauty and decoration? The cop-out answer is: it depends. We're rightly suspicious of heavy-handed art pushing a secret agenda, but when art is overt and obvious we also shrink away. The underlying attitude from the "art establishment" seems to be that art should rise above politics, and dwell in a clean white space beyond sectarian concerns, and somehow remain pure from the gritty troubles of the real world. Political art is okay, at times, but--like novels or film--better if it comes from another country (where another system is being critiqued) and doesn't hit too close to home. Political art from China is one thing, or political novels from Latin America, but if one believes everything is basically all right, political art is unnecessary at best and empty posturing at worst, and one might as well make art for arts sake. The old chestnut seems to apply: You want to send a message? Try Western Union.

In an outright police state, of course, it takes special courage to speak up. With Nazis at the door, and real risk involved (and not just to ones career) it would be easier for an artist to paint abstracts, say, or vases of flowers. Speaking up, even disguised in artifice and metaphor, takes guts. In the modern world, where totalitarianism can be subtle and stage-managed by ad agencies, it's harder to see any political boundaries worth violating.

Maybe M.I.A.'s video isn't great "art," but the wholesale military machine and cultural genocide--not to mention the plight of the Gingers--shouldn't be off limits to the artist. Maybe it's obvious (it is to us) that artists shouldn't be restricted from making any art they desire--or compelled to make a certain kind of art (think Soviet realism, etc)--regardless of politics, peer pressure or the demands of the marketplace.

Camus spoke extensively about being an "engaged artist"--and he didn't mean being a hack who cranked out agit-prop, but someone who made powerful, moving, complex, challenging art that reflected the reality of his/her world. In his case, that happened to be Nazi-occupied France, and he wrote powerful books that addressed his reality. He was also active in the French Resistance, so art alone is sometimes not enough. 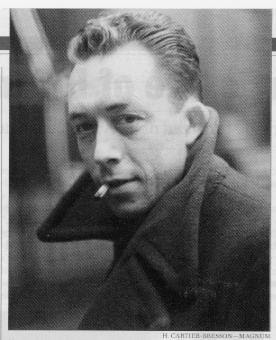 "Art advances between two chasms, which are frivolity and propaganda. On the ridge where the great artist moves forward, every step is an adventure, an extreme risk. In that risk, however, and only there, lies the freedom of art."

You said it, Dan.