The Stones just unearthed something new from the "Exile on Main Street" sessions. The "new" song, "Plundered My Soul," would fit right in with the rest of that murky, soul-and-blues-drenched double album recorded nearly forty years ago. In spite of a little overdubbing (They say Jagger added new vocals to the track, and Mick Taylor was called back to play leads) the song sounds like pure vintage Stones. This is one of ten previously unreleased tracks to be released on the newly remastered "Exile" box set due May 18th in three versions: as a CD with the original 18 tracks; a deluxe box set with the bonus tracks; and a super deluxe package including a vinyl LP, a documentary DVD and a collector's book. 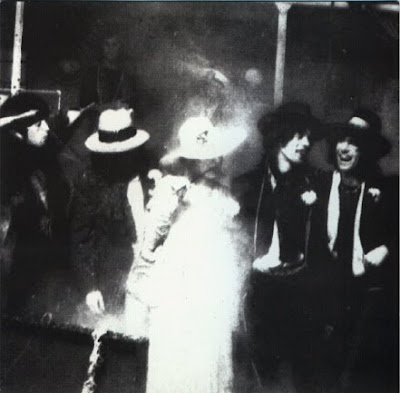 "Exile on Main Street" is now considered a classic, and tops many polls for greatest album of all time, but it didn't sell well when it was released back in 1972. The record was murky and dark and hard to get into for most people, and there was stiff competition: That was the year that saw the release of "Harvest" by Neil Young, "Eat a Peach" by the Allman Brothers, "Sail Away" by Randy Newman, "Can't Buy a Thrill" by Steely Dan, "Ziggy Stardust" by David Bowie, "Never a Dull Moment" by Rod Stewart, "St. Dominic's Preview" by Van Morrison, "Close to the Edge" by Yes, "Europe '72" by the Grateful Dead, "Transformer" by Lou Reed, Paul Simon's first solo album, and great soundtracks from the movies "Superfly" and "The Harder They Come." (Yes, music was better back then). 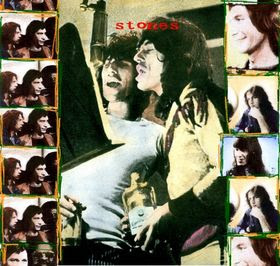 "Exile" gave us great songs like "Let it Loose," "Happy" and "Sweet Virginia," but the only real hit on the album was "Tumbling Dice," a barrelhouse rave-up about love and gambling with a choir of back-up singers that remains among the Stones' finest recordings. The sound matched the seedy, black and white photography of Robert Frank that graced the covers. Tales of rampant drug use and drinking are part of the lore of these recording sessions, and there is a wasted beauty to these bluesy tunes which present a smokey world of criminals, shiny chrome jukeboxes and all night chicken shacks where the dice might be loaded and the whiskey might be poisoned. There was fever in the funkhouse, the barrooms and smelly bordellos, and a lone crapshooter trying to turn his luck around. You can feel the heat and desperation, and moments of ragged glory. Like the man says, "I need a shot of salvation, baby, once in a while." This might be it. 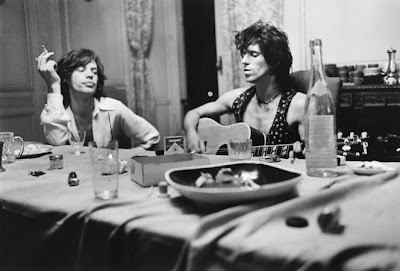 Elegantly wasted exiles recording a classic American album in the Deep South of France
Posted by Bob Rini at 7:45 PM

Exile is a classic--the Stones at their best with Mick Taylor on lead guitar. Thanks for the new song!

I agree...it's a great album and I look forward to spending some hard-earned cash on the box set. The "new" song is starting to grow on me, too. It has a ramshackle charm. Here's some more on the reissue: