In the Age of Oprah, everyone is writing lurid memoirs, picking old emotional wounds and brimming with enough self-absorption to make the pre-socratic Solipsists look like an army of Mother Teresas. Maybe Andy Warhol was right when he quipped we would all be famous for fifteen minutes. Reality TV makes us believe we can all be stars, no matter how meager and trivial our lives may be. Hemingway, one of the great egos of the twentieth century, and not without some justification, commented that everyone has a book inside of them--and that's where most of them should stay. Perhaps as a result of a previous generations' stoicism and sense of decorum (or pretense of such) many sorry souls are getting on soapboxes to make confessions, soak up attention, and sell their innermost secrets on the check-out stand between the tabloids and the TV Guides.

Memoirs are all the rage, each one more lurid than the next. Once in a while a good one comes along. Beating the rest by a mile (and beating the current flood of memoirs by a decade and a half), Mary Karr wrote the brilliant "The Liars' Club" (1995) and told the story of her troubled childhood and crazy family in the hardscrabble industrial wastes of Southeast Texas. It was amazing writing, pure and simple, beautifully written without any of that falsely ornate prose many are convinced makes for "literature." Mordantly witty, dark and savage and true, Karr was whipsmart and void of self-pity, and she told her story with a sense of humor, a story a lesser writer might have ruined with sentimentality. If you read books--seriously read books--you've already read this one, so you know what I mean. 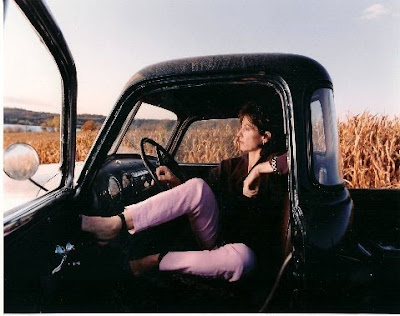 Mart Karr has a new book. "Lit: A Memoir" (2009), is part three of her story ("Cherry" came out in 2002) and covers her "journey from blackbelt sinner and lifelong agnostic to unlikely Catholic." Alcohol and drugs and self-deception are par for the course, and fighting and depression and sickness, but what she does with these common ingredients is the trick. She elevates them to "lit."

“The normally crisp film of my memory has, in this period, more blanks than the Nixon tapes,” she writes of her divorce. “Maybe the agony of our demise was too harrowing for my head to hold on to, or my maternal psyche is shielding my son from the ugly bits. . . . Whatever the case, those years only filter back through the self I had at the time, when I was most certainly — even by my yardstick then — a certain species of crazy.”

Karr is a certain species of crazy, the rarest sort that can turn the common lead of experience into the finest gold--well, brass at least. And she's funny as hell.