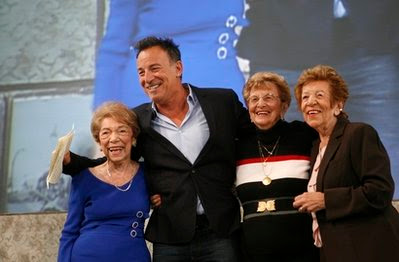 Bruce Springsteen won the Ellis Island Family Heritage Award, an honor "presented to immigrants or their descendants 'who have made a major contribution to the American experience.'" Springsteen attended the ceremony with his proud mother Adele, 85, and his aunts Dora, 90, and Ida, 87. 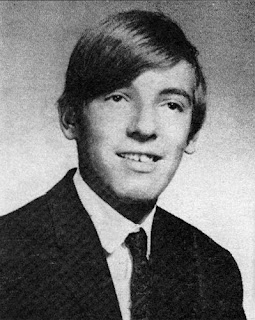 "Springsteen has been honored in recognition of his career achievements as a rocker with Italian immigrant roots," says the Associated Press.

"The Boss' maternal great-grandmother, Raffaela Zerilli, travelled to New Jersey's Ellis Island from Vico Equense, Italy, in 1900, accompanied by her five children. They joined her husband, Raffaele, in Manhattan's West Village. One of those kids, Antonio, grew up and married Adela Sorrentino. Their youngest daughter, Adele, went on to marry Irish-American Douglas Springsteen"

Accepting the award, Springsteen said, "You can't really know who you are and where you're going unless you know where you came from." 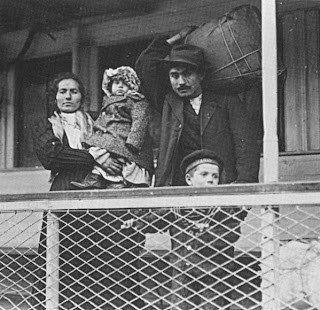 Like many immigrants, this Italian family entered America at Ellis Island. Then, as now, newcomers faced a life of hard work--not to mention anti-immigrant sentiment, xenophobia and outright discrimination. (How far have we come? Just look at the latest anti-immigration bill in Arizona)

Some history: "The federal immigration station opened on January 1, 1892 and was closed on November 12, 1954, with 12 million immigrants processed there by the US Bureau of Immigration. After the Immigration Act of 1924 was passed, which greatly restricted immigration and allowed processing at overseas embassies, the only immigrants to pass through the station were displaced persons or war refugees. Today, over 100 million Americans - one third of the population - can trace their ancestry to the immigrants who first arrived in America at Ellis Island before dispersing to points all over the country."

Springsteen performs "American Land," a song about the immigrant experience