THE NOVEL IS DEAD--LONG LIVE THE NOVEL 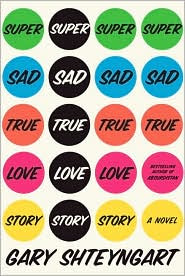 Today I’ve made a major decision: I am never going to die. Others will die around me. They will be nullified. Nothing of their personality will remain. The light switch will be turned off. Their lives, their entirety, will be marked by glossy marble headstones bearing false summations (“her star shone brightly,” “never to be forgotten,” “he liked jazz”), and then these too will be lost in a coastal flood or get hacked to pieces by some genetically modified future- turkey.

So begins the new book by Gary Shteyngart. And now for the commercial.

Gary Shteyngart is an hilarious novelist with great production values. Few could match his darkly comedic skills--not to mention his big budget for self promotion. Is this how it's done? Well, maybe. Shteyngart, the author of the much-acclaimed "Absurdistan" (2006) and "The Russian Debutante's Handbook" (2003) hardly needs the publicity, but maybe he does. The public isn't buying fiction, after all. The novel is dead.

Dead or dying, anyway, according to the alarmists. Maybe they're crying wolf. At any rate, it's been a long slow death. José Ortega y Gasset gave us an early diagnosis in Decline of the Novel in 1925. Walter Benjamin agreed in 1930. Vidal and Barthes and Sukenick published their condolences. Tom Wolfe sent flowers. Robert B. Pippen sent a wreath. People got dressed for a funeral, but somehow the patient survived.

Lately, the funereal phalanx has returned. Lee Siegel, writing in the New York Observer, caused quite an uproar recently when he publicly lamented the loss of great novels and novelists--Hemingway, Faulkner and Fitzgerald--and informed us that fiction has become culturally irrelevant. He attacked the New Yorker magazine's controversial "20 under 40" list of luminary fiction writers (coincidentally, Shteyngart made the list). "Ordinary civilians" no longer read serious writing, says Siegel. There was an existential urgency "with which people used to respond to novels by Bellow, Updike, Mailer, Roth, Cheever, Malamud-the list goes on and on."

Carolyn Kellogg takes him on, point by point, in the LA Times' book blog, Jacket Copy. In "Fiction is Dead. Again" she tears him a new one. "Siegel's piece flogs a tired horse, that fiction is less central to our culture than it was in the 1950s and 1960s, and not as good. It's hard to figure out which is more problematic: how poorly Siegel's argument is made, or how many things he gets wrong in the process."

Vanessa Thorpe, writing in The Observer (of the Guardian UK) jumped into the fray. "Siegel smears the whole literary pack as being damagingly self-referential and led by the nose by publicists."

Alastair Harper, in the Guardian Books Blog, wonders if big books are simply too hard to read. He admits he might be lazy, but wonders why anyone should read a difficult, challenging book. In this age of easy entertainment, worlds at our fingertips, he may have a point--or at least he may speak for many people out there. 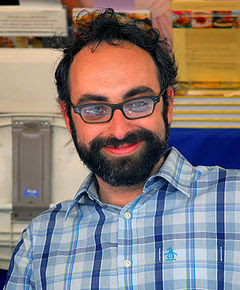 Ahahahahaaaaaaaaaaa!!!! This is incredible! Thanks Bob!
-Alexa