Oh, a storm is threat'ning
My very life today
If I don't get some shelter
Oh yeah, I'm gonna fade away

According to a new BBC documentary, the Hells Angels planned to murder Mick Jagger in 1969. The motorcycle gang was furious over the Stones' infamous concert at Altamont, when Jagger hired them as security, resulting in the death of a young fan. The gang went so far as to attempt an attack on Jagger's home on Long Island, New York, by sea. Fortunately, en route, a storm capsized their boat. 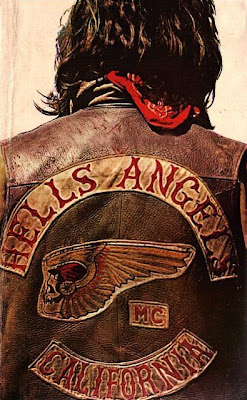 "The Hells Angels were so angered by Jagger's treatment of them that they decided to kill him," said Tom Mangold, who is presenting the BBC documentary, in an interview with Britain's Sunday Telegraph newspaper.

"They planned the attack from the sea so they could enter his property from the garden and avoid security at the front. The boat was hit by a storm and all of the men were thrown overboard. All survived and there was not said to have been any further attempt on Jagger's life." 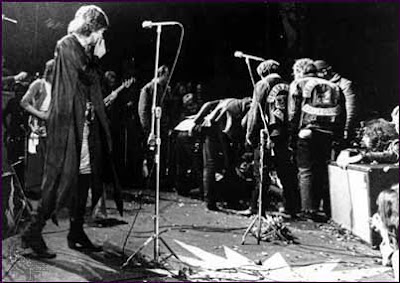 More story here and here.
Posted by Bob Rini at 6:17 AM