MAN OUT OF TIME


Here's a good clip of Declan Patrick MacManus, otherwise known as Elvis Costello. There are great clips of him everyone has seen, such as the SNL performance where a skinny Elvis stops a song, switches gears, and launches into a blistering "Radio, Radio," but I wanted to find something from a few years later, and came across this great live clip from 1982, off the album Imperial Bedroom. 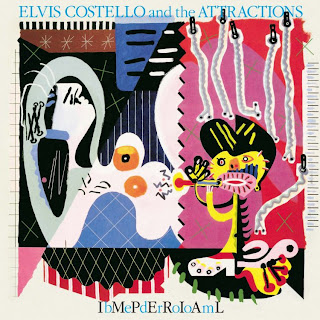 This is a more sophisticated Elvis than his 1977 punky debut, with a fuller, almost lush back-up, and nearly Beatle-esque production values. The lyrics are Costello at his best, a soul crushed under the wheel, broken but still full of venom, nasty literate and schoolboy clever.