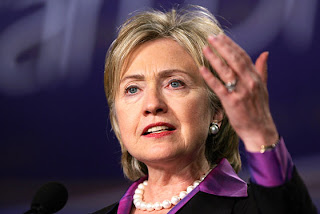 "Clinton Portrays Herself as a Pro-Gun Churchgoer"

The headline from the New York Times Political Blog shows Hillary taking aim at Obama. Candidates are supposed to be somewhat chameleon-like, the but one hopes there is a continuous core self beneath the changing colors and not just raw ambition and a desire for power. Something like integrity.

"[Hillary] described herself as a pro-gun churchgoer, recalling that her father taught her how to shoot a gun when she was a young girl and said that her faith “is the faith of my parents and my grandparents.” 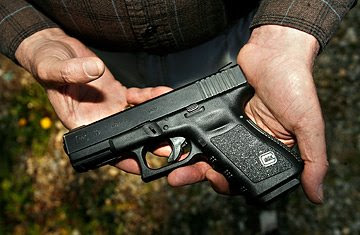 Hillary has grown into this latest version during the furor over Barack Obama's recent remarks about the bitterness of some small town folks and their guns-- remarks he conceded were ill-chosen. Hillary saw an opportunity, and she pounced. She pandered, and tried to out-American him.

"For the third time since Mr. Obama’s remarks were made public Friday night, Mrs. Clinton criticized him at length, saying his comments seemed 'kind of elitist and out of touch.'

"'My faith is the faith of my parents and my grandparents,' she said. 'It's a fundamental expression of who we are and what we believe in most profoundly and I disagree with Sen. Obama's assertion that people in our country cling to guns and have certain attitudes about immigration and trade simply out of frustration.'

"Clinton will spend the day in Pennsylvania on Sunday and will likely be repeating her message about Obama’s comments from San Francisco." 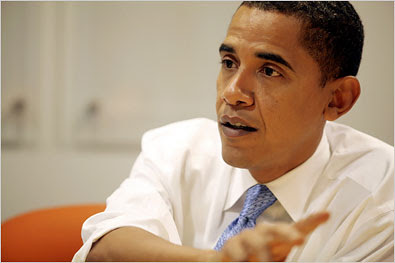 What are the incendiary remarks that got Hillary and McCain so fired up? Here's the quote from Obama that started things off:

"You go into these small towns in Pennsylvania and, like a lot of small towns in the Midwest, the jobs have been gone now for 25 years and nothing's replaced them," Obama said. "And it's not surprising, then, they get bitter, they cling to guns or religion or antipathy to people who aren't like them or anti-immigrant sentiment or anti-trade sentiment as a way to explain their frustrations."

Sounds plausible to me.
Posted by Bob Rini at 6:00 PM