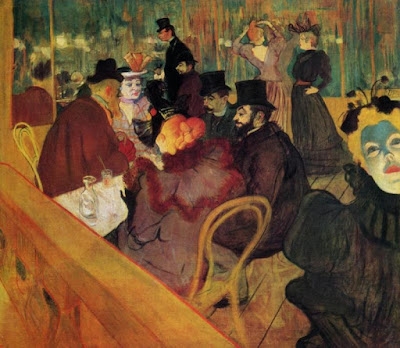 And the whole world, the whole of life, seemed to Ryabovitch an unintelligible, aimless jest. . . . And turning his eyes from the water and looking at the sky, he remembered again how fate in the person of an unknown woman had by chance caressed him, he remembered his summer dreams and fancies, and his life struck him as extraordinarily meagre, poverty-stricken, and colourless. . . .
-from The Kiss, by Anton Chekhov

Gazing up into the darkness I saw myself as a creature driven and derided by vanity; and my eyes burned with anguish and anger.
-from Araby, by James Joyce

He dove in and swam the pool, but when be tried to haul himself up onto the curb he found that the strength in his arms and shoulders had gone, and he paddled to the ladder and climbed out. Looking over his shoulder be saw, in the lighted bathhouse, a young man. Going out onto the dark lawn he smelled chrysanthemums or marigolds—some stubborn autumnal fragrance—on the night air, strong as gas. Looking overhead he saw that the stars had come out, but why should he seem to see Andromeda, Cepheus, and Cassiopeia? What had become of the constellations of midsummer? He began to cry.
-from The Swimmer, by John Cheever

So foolish did his ideas seem to me, so pompous and so drawn out his exposition, that I linked them at once to literature and asked him why he didn't write them down.
-from The Aleph, by Jorge Luis Borges 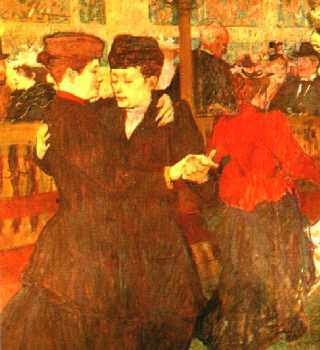 The Kiss - by Anton Chekhov
Car Crash While Hitchhiking - by Denis Johnson
The Loneliness of the Long Distance Runner - by Alan Sillitoe
Axolotl - by Julio Cortazar
Babylon Revisited - by F. Scott Fitzgerald
The Dead - by James Joyce
Cathedral - by Raymond Carver
Signs and Symbols - by Vladimir Nabokov
Walking Out - by David Quammen
People Like That Are the Only People Here - by Lorrie Moore
The Blue Hotel - by Stephen Crane
Helping - by Robert Stone
The Secret Life of Walter Mitty - by James Thurber
A Clean, Well Lighted Place - by Ernest Hemingway
Rock Springs - by Richard Ford
A Good Man is Hard to Find - by Flannery O'Connor
Barn Burning - by William Faulkner
The Things They Carried - by Tim O'Brien
A & P - by John Updike
The Schreuderspitze - by Mark Helprin
The Swimmer - by John Cheever
The Barracks Thief - by Tobias Wolf

And my all-time favorite, The Aleph, by Jorge Luis Borges.

To read The Aleph, click HERE for the complete text.
Posted by Bob Rini at 6:37 PM

Thanks for reminding me just how great short stories can be! These guys make it look easy, don't they?

...he heard the snow falling faintly through the universe, and faintly falling, like the descent of their last end, upon all the living and the dead.