"Dylan, the most acclaimed and influential songwriter of the past half century, who more than anyone brought rock from the streets to the lecture hall, received an honorary Pulitzer Prize on Monday, cited for his 'profound impact on popular music and American culture, marked by lyrical compositions of extraordinary poetic power.'

"It was the first time Pulitzer judges, who have long favored classical music, and, more recently, jazz, awarded an art form once dismissed as barbaric, even subversive."

--From the AP story by Hillel Italie. 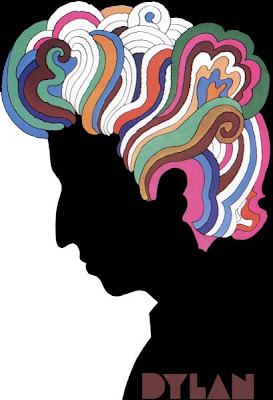 For this post, I picked "Forever Young" from 1977 and "Love Sick" from 1998. You could pick plenty of other songs that would showcase his talents -- he wrote so many. I could probably come up with a dozen from each different Dylan period. Let see, there's folk Dylan, finger-pointing Dylan, electric Dylan, Nashville Dylan, Rolling Thunder Dylan...not to mention Kate Blanchett. Nobody else comes close. Thanks for writing 'em, Bob. And congratulations!
For more of the Dylan Pulitzer story, click here.