GET YOUR KICKS ON ROUTE 66

All hail the Great American Highway! The Nat King Cole Trio plays "Route 66" in this wonderful clip. I used to sing this one standing on the shoulders of interstates and country roads -- making up the words in the middle -- while I tried to flag a ride.

Did you ever hit the road, Jack? Did you ever hitch-hike? I don't mean short stints -- did you ever thumb a cross country trip? I wouldn't do it now, but I had some great trips back in the day. I thumbed from Seattle to Mexico, up and down the West Coast a few times, around upstate New York when the leaves were changing, even did a run from Portland to Phoenix one hot July, which I don't recommend. I had great rides, and some bad ones. I slept under a bridge in Salt Lake City, got robbed, even got thrown in jail. In the hot Arizona desert, I was a tiny sunburned speck in a landscape out of a western movie, standing for hours in the booming sun, finally getting rescued by Navajos in a tricked-out Camaro on their way to an all-Indian rodeo in Tuba City. 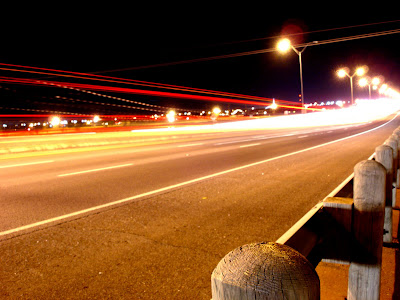 Thumbing was a thrill, a journey, a way to see the country from the ground up. Maybe it was a little dangerous. Still, I wouldn't trade those adventures for anything in the world.

Did you ever get your kicks on Route 66?

To see my drawing of the trio, click here.
Posted by Bob Rini at 8:27 AM