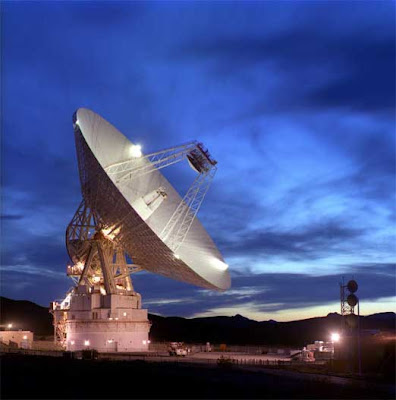 To celebrate the 50th anniversary of its first space mission -- the launch of the Explorer 1 satellite -- NASA will be using its system of huge antennas normally used for listening to the cosmos to send a signal into space: the John Lennon song, "Across the Universe." The song was recorded forty years ago by the Beatles, on February 4, 1968.

Dr. Seth Shostak of the SETI Institure which has been monitoring space for signs of life beyond earth since 1984, says “Proof of our existence is already out there,” Dr. Shostak noted, “that’s simply a fact.” Scientists have found evidence of 270 planets of other stars, and though most are unlikely to support life there is a very real possibility something is out there somewhere. Hopefully, it will enjoy the Beatles. Who knows? This may kick off a cosmic wave of Beatlemania. Deep Space Number 9? Number 9? 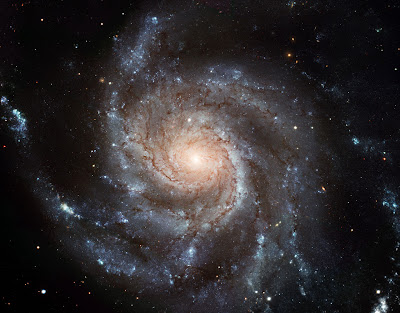 According to the New York Times (2-2-08), "Reception will be best in the general direction of Polaris, 431 lightyears away, which is where NASA is aiming the signal. (That would be the North Star to us laymen.)" So if you happen to be out in deep space on Monday, February 4th, tune in around 4PM PST. This also happens to be the birthday of my girlfriend Wendy, a Beatle fan and my favorite alien. I dedicate this post to her.