KEITH SAYS: LAY OFF THE DOPE 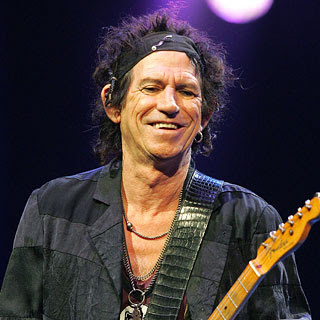 Rolling Stones guitar player Keith Richards advised young people "to lay off dope" in a recent interview in the British music magazine, UNCUT. Richards, famously known for abusing quite a few substances in his time, said "Give it up, it ain't really worth it. I know the fascination but it ain't worth it." 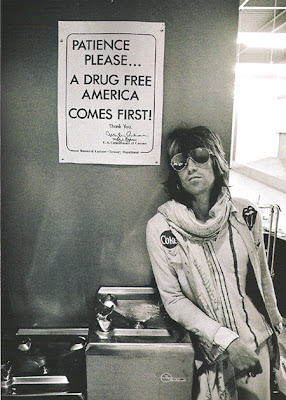 For years, Richards was the Rasputin of the rock world: seemingly unkillable. A former heroin addict, and heavily into booze and various other drugs, Richards bolstered the confidence of users everywhere, most of whom didn't have the wealth and resources of a Rolling Stone to pay for their habits. We're glad to see the old geezer finally straighten up and fly right.

In the interview, Richards also called Mick Jagger a power freak and "a vain bloke." Tell me something I don't know, Keith.
Posted by Bob Rini at 7:48 PM