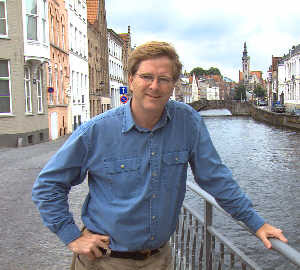 Popular travel guru Rick Steves has joined forces with the ACLU to promote the decriminalization of marijuana. Steves, a longtime supporter of a sensible pot policy, admitted five years ago that he smokes pot when he visits Europe. In a Seattle Times article, the Edmunds, Washington-based writer says he's not “pro-marijuana,” but in favor of discussing the laws that affect the 830,000 Americans who are arrested annually under existing marijuana laws. About 90 percent of the arrests are for possession.

“Marijuana use should be treated primarily as a health issue, not a criminal one," Steves said. "In Europe, I've seen how more thoughtful approaches to social issues can really work. Our government's war on drugs sounds very tough and results-driven, but all it really succeeds at is being enormously expensive, tearing families apart and treating nonconformists as criminals." 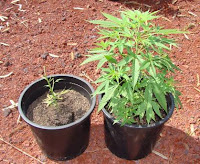 In a related story from today's LA Times: The American College of Physicians (ACP), 124,000-member group that is the nation's largest for doctors of internal medicine, contends that the rancorous debate over marijuana legalization has obscured good science that has demonstrated the benefits and medicinal promise of cannabis. The ACP is calling on the federal government to ease its strict ban on marijuana as medicine and hasten research into the drug's therapeutic uses.

"We felt the time had come to speak up about this," said Dr. David Dale, a University of Washington medical professor and the ACP's president. "We'd like to clear up the uncertainty and anxiety of patients and physicians over this drug."

The following clip shows Rick Steves interviewed at the 2007 NORML conference in Los Angeles. Ignore the silly song intro. For more Rick Steves at the "Europe Through the Back Door" website, click here.