HOW STUPID ARE WE? 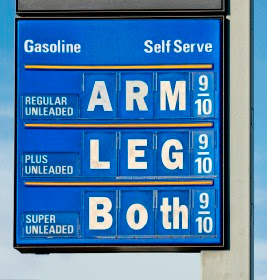 EXXON reported Friday that it beat its own record for the highest profits ever recorded by any company, with net income rising 3 percent to $40.6 billion, thanks to surging oil prices. Other oil companies also reported monstrous profits. Chevron, the second-largest American oil company, said Friday that its profits rose 9 percent to $18.7 billion last year; Royal Dutch Shell on Thursday reported net income for 2007 of $31 billion, up 23 percent and the largest figure ever for a British company. (from the NYTimes, 2-1-08)

Any connection?
Posted by Bob Rini at 4:05 PM