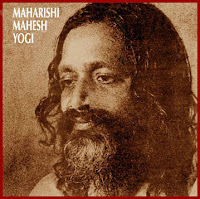 Maharishi Mahesh Yogi, former guru to the Beatles, has died. The Maharishi is credited with introducing transcendental meditation to the West in 1959. The Maharishi, sometimes known as "the giggling guru," was a controversial figure whom some considered an enlightened holy man, and some a charlatan capitalizing on his Western contacts. At one point, the Beatles, the Beach Boys, Donovan, and Mia Farrow were at his ashram in Rishikesh seeking spiritual guidance. When the Beatles left him, amid allegations of impropriety (including an alleged pass at Mia Farrow by the guru) Lennon wrote a song of his disillusionment called "Maharishi" (..."what have you done, you made a fool of everyone"). He eventually changed the title to "Sexy Sadie." 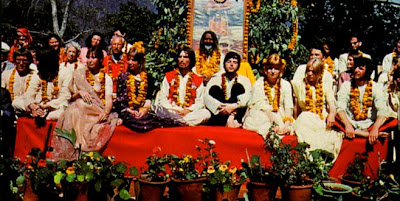 for more, see the article in the New York Times. For even more click here.
Posted by Bob Rini at 6:13 AM