We love old classic cartoons here, and this great MGM cartoon stars the Captain and the Kids, and features Santa Claus and a scary peg-legged pirate villain. What more could you ask for? 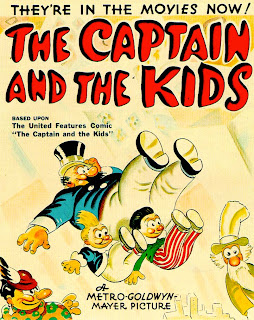 OK, so are these the Katzenjammer Kids? Good question. That strip was created by German immigrant Rudolph Dirks in 1887, in a Sunday supplement to a paper owned by William Randolph Hearst -- the mogul model for Welles' Citizen Kane. Next to the Yellow Kid, it's probably the second oldest comic strip in the world -- and it's still in syndication!