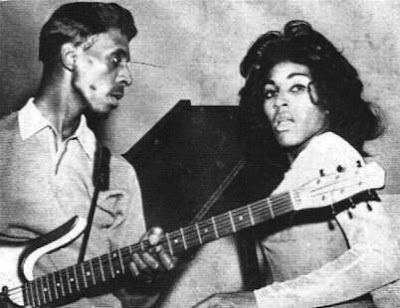 Ike Turner, rock pioneer and lousy husband, is dead. He played what many considered the very first rock and roll song, "Rocket 88," recorded back in March of 1951 at Sam Phillips' legendary recording studio in Memphis. The record is listed as "Jackie Brenston and his Delta Cats," but that wasn't an actual band. Ike's band, the "Kings of Rhythm," performed the song; Brenston was the sax player in the band who sang the vocal. The song was the biggest selling R & B single in 1951, reaching #1 for five weeks. The song was based on "Cadillac Boogie" (1947) by Jimmy Liggins, and Pete Johnson's "Rocket 88 Boogie" (1949). Ike was also married to the talented singer Anna Mae Bullock, later known as Tina Turner.

To hear the original single, "Rocket 88," click the button.