Karlheinz Stockhausen died December 5th, at the age of 79. The avant garde composer used early synthesizers and influenced everyone from Brian Eno to the Beatles. In fact, his photograph is featured on the cover of "Sgt. Peppers' Lonely Hearts Club Band." That's him in the back row, fifth from the left, between Lenny Bruce and WC Fields. Pushing the boundaries of modern music, his sounds echoed in the works of experimental groups such as Can, Kraftwerk, and Tangerine Dream. Auf Wiedersehen, Karlheinz. 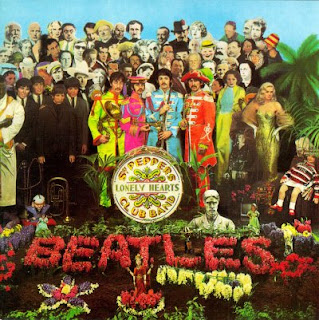