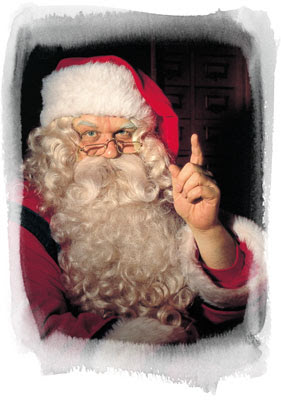 Many people have been Christmas shopping, but a new subversive underground of cheeky trouble-making scofflaws have been Christmas shopdropping. These folks are anti-consumerist artists and activists who sneak things onto the shelves so unwitting consumers (God, there are so many) will unwittingly pick them up. Some aren't that interesting, like run-of-the-mill religious tracts, and vegan cookbooks, and there are even some thoughtless people who leave unwanted pets in pet stores. Some shopdroppers are more interesting.

Banksy, a graffiti artist from Bristol, has been sneaking actual paintings onto museum walls for years. His most famous shopdropping attack was pretty clever, remixing Paris Hilton's inane dance party CD with her own inane and insensitive remarks, then professionally re-wrapping them, and sneaking thousands of the new, improved CDs onto the shelves. Shoppers expecting Paris got more Paris than they expected. Check out the video of Banksy shopdropping:

The Barbie Liberation Organization (BLO) came together to subvert Barbies, undermining the voiceboxes of busty, leggy Teen Talk Barbie. Originally, the doll uttered such things as "Math is hard!" and "Will we ever have enough clothes?" They switched the voiceboxes with the Talking Duke GI Joe action figure, resulting in Barbies that blurted "Vengeance is mine!" The GI Joes said breathlessly, "Let's plan our dream wedding!"

Here are some recent examples of shopdropping from an article in the New York Times:

At Powell's Books in Portland, Ore., religious groups have been hitting the magazines in the science section with Christian fliers, while their adversaries have been moving Bibles from the religion section to fantasy/science fiction.

Ryan Watkins-Hughes, a Brooklyn photographer, has teamed with four other artists to shopdrop canned goods with altered labels at Whole Foods stores in New York City. The labels consist of photographs of places he has traveled combined with the can's original bar code so people can still buy them. "[Andy] Warhol took the can into the gallery. We bring the art to the can," he said. 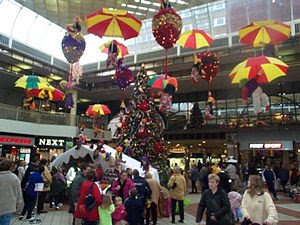 Oakland artist Packard Jennings shopdrops his Anarchist action figure at Target and Wal-Mart. "When better than Christmas to make a point about hyperconsumerism?" asked Jennings, whose Anarchist has tiny accessories including a gas mask and Molotov cocktails. He films people trying to buy the figures, but for safety reasons he retrieves them before customers take them home.

So get out there and shopdrop till you drop!

Here's an interview with the BLO.
http://www.brillomag.net/No1/blo.htm

Also check out The Consumerist
http://consumerist.com/
Posted by Bob Rini at 10:54 AM

I have decided to sell some of my Banksy collection - These are Di-Faced Tenners.

They are in absolutely perfect condition (mint) and they have been stored in an acid free folder in my smoke free home.

I have uploaded photos here :

The video quality is no the best. Please see the photos for better detail.

Feel free to email me - banksyfreak at gmail dot com

I ship with FedEx worldwide.

Thanks for your time !